Marvel Studios has started shooting its latest superhero movie Captain America: Civil War on location at Pinewood Atlanta Studios. The film will follow on from the recently-released Avengers: Age of Ultron and will be the third movie to focus on Captain America. 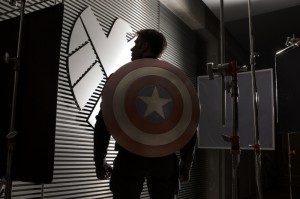 Pinewood Atlanta Studios will be the production base for the new movie. Marvel has already filmed Ant-Man in Georgia and also plans to film in Atlanta for Guardians of the Galaxy 2 and the two-part Avengers: Infinity War, planned as an epic follow-up to Age of Ultron.

Age of Ultron and the first Guardians of the Galaxy were both based in London and used the UK’s generous filming incentives.

Georgia offers a base 20% filming incentive that has helped turned it into one of the main production hubs in the US. Production is centred in Atlanta, but the state is under pressure to broaden its pool of experienced crew to cater for demand. Georgia’s Lt Gov Casey Cagle has sought to address the issue by supporting the Georgia Studio & Infrastructure Alliance with five of his state’s film studios.

“It is important that we develop a film-ready workforce to meet the needs of the film productions that are advancing to Georgia,” said Cagle in March. 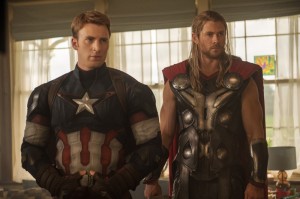 Studio Babelsberg near Berlin is one of Germany’s main production hubs. The facility was involved with Wes Anderson’s The Grand Budapest Hotel and more recently has been a base for a remake of the cult 90s extreme-sports drama Point Break.

Puerto Rico is a historically popular filming location as an unincorporated US territory that can double for any number of exotic parts of the world.

Marvel’s Iceland shoot will mark a return for the studio, which spent time in the country filming scenes for Thor: The Dark World, which again was based in London.