New period comedy A Royal Night Out filmed on location in Hull in East Yorkshire, doubling the city for 1940s London. A fictional take on the events of Victory in Europe Day in 1945, the film tells a story of young princesses Elizabeth and Margaret quietly joining the mass celebrations. 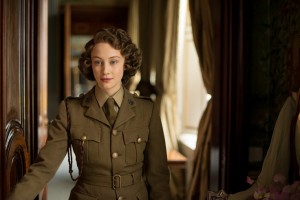 “We are incredibly proud of A Royal Night Out, which we are confident will be a big hit with film lovers old and young, thanks to a hugely entertaining script combined with incredible cast and filmmaking talent,” said Sally Joynson, Chief Executive of Screen Yorkshire.

“With stunning production design transforming the streets of Hull into period London, A Royal Night Out is also a fantastic calling card to the international filmmaking community ahead of City of Culture 2017 and we hope to see the impact on filming enquiries in the coming months.’’

Location filming was supported by the Yorkshire Content Fund, which is the largest funding body of its sort in the UK, and makes northern England more viable for production.

“The perfect combination of stunning locations, a healthy crew base, affordable rates and unwavering support from Screen Yorkshire, made basing Jonathan Strange and Mr Norrell in Leeds and York for 16 weeks of filming a very easy decision to make,” said Nick Hirschkorn, a producer for Feel Films.

The UK’s TV tax credit has had a major impact on Britain’s production industry and has led to more shoots travelling out of London to western and northern England, and to South Wales.