Tom Cruise is filming Mena on location in Georgia. The movie is based on the true story of former airline pilot Barry Seal who clashed with cartels when he began smuggling drugs between the Americas in the 70s. The film reunites Cruise with his Edge of Tomorrow director Doug Liman. 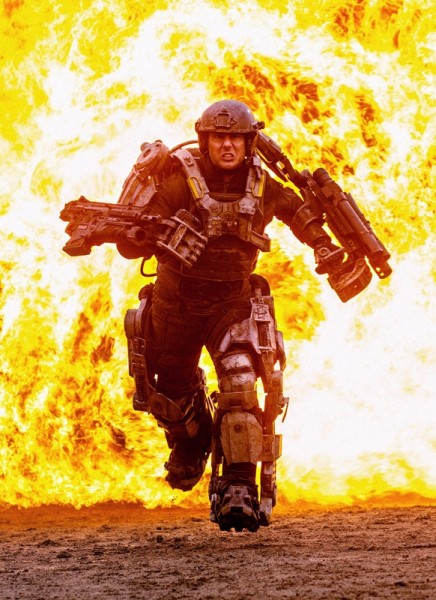 “I love stories of improbable heroes working against the system, and Barry Seal took the government, and our country, for an unbelievable ride,” Liman said in a statement.

“Interpreting his story has the makings for an entertaining film that is equal parts satire, suspense and comedy – and always surprising.”

Mena takes its title from a town in Arkansas where much of the drama of Seal’s life unfolded.

Georgia’s generous filming incentives have helped turn the state into one of the main production hubs in the US.

Marvel filmed this summer's Ant-Man in Atlanta and the studio is becoming a long-term resident. Captain America: Civil War is currently filming in the city and Guardians of the Galaxy 2 is scheduled to swiftly follow.

Tom Cruise’s productions tend to film in hub cities that offer the best filming incentives and studio infrastructure. Edge of Tomorrow and the upcoming Mission: Impossible – Rogue Nation were both based at Warner Bros Studios Leavesden in north-west London and used the UK’s generous filming incentive programme.

Edge of Tomorrow closed central London’s Trafalgar Square for several hours to film scenes where Cruise arrives in the city in a military helicopter.

“From a technical point of view, it was by far the most challenging thing I’ve ever done in my career,” Liman noted at the time.

Cruise’s sci-fi drama Oblivion took its striking visuals from a location shoot in Iceland before filming stage work in Louisiana, another top US production hub.

Mena is scheduled for release in January 2017.