Period crime drama Ripper Street is returning and will continue to film in Dublin, using the Irish capital as a stand-in for Victorian London. Originally a BBC production, the series was cancelled and then dramatically resurrected by Amazon for online. 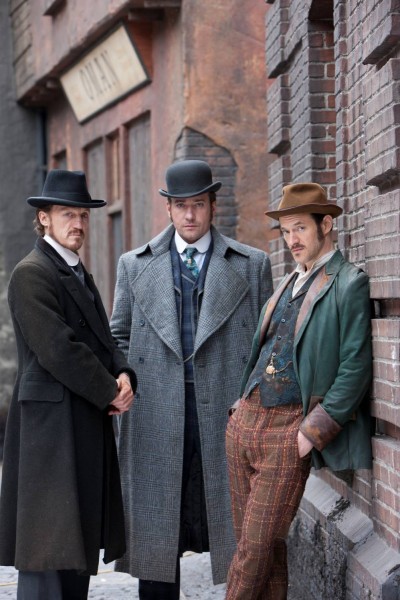 The production has in fact been renewed for two more series, signalling a remarkable change in fortunes for the show.

“We’re excited to add to our premium original TV line-up with the production of a further two series of this hit show exclusively for our UK Prime customers,” said Jay Marine, Vice President of Amazon Instant Video EU.

“With two Golden Globes under our belt already this year for Amazon Original Series Transparent, we want to cement our position as the home for the best TV in the business.”

“It is a great privilege to be asked to continue this journey through Victorian Whitechapel,” added Ripper Street writer and creator Richard Warlow.

“I had always hoped that Ripper Street would live to follow the world of ‘H’ Division right through to the end of the Victorian age itself; so with many great thanks to Amazon, and all those viewers who have taken Ripper Street to their hearts, it’s a delight to have now been given that very opportunity.”

Amazon has not released specific viewing figures for Ripper Street but says the third series – the first produced by Amazon – was the most-watched TV show on Amazon Prime Instant Video in the UK, even beating US colossus The Walking Dead.

It is a great privilege to be asked to continue this journey through Victorian Whitechapel.

Ireland has boosted its filming incentive programme for 2015, including a provision to expand its tax credit to include Hollywood star salaries.

Ripper Street was specifically discussed as an example of effective UK-Ireland co-productions at a January panel discussion in London co-hosted by the Irish Film and Television Academy and BAFTA.

Historical series Vikings has also found success from its production base outside Dublin, as has the Victorian drama Penny Dreadful.