The BBC’s epic spring drama Jonathan Strange and Mr Norrell spent four months filming on location in Yorkshire in northern England. Set in an alternative early-19th century England, the series tells a story of practical magic being brought back into the world. 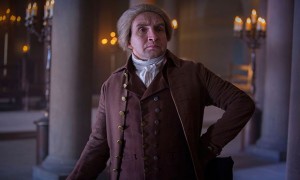 “The perfect combination of stunning locations, a healthy crew base, affordable rates and unwavering support from Screen Yorkshire, made basing Jonathan Strange and Mr Norrell in Leeds and York for 16 weeks of filming a very easy decision to make,” said Nick Hirschkorn, a producer for Feel Films.

“I look forward to returning to capitalise on all the wonderful relationships that were built during this large and complex production.”

Added Hugo Heppell, Head of Investments at Screen Yorkshire: “Jonathan Strange and Mr Norrell is epic television in every sense. Rooted in Yorkshire, infused with a Yorkshire sensibility, and shot extensively in the region, we couldn't be more proud of this spectacular series and everybody involved in its production.”

Yorkshire has become a hugely popular UK filming location, partly because of financial support available from the Yorkshire Content Fund, which is the biggest regional investment fund of its sort in the UK.

Jonathan Strange and Mr Norrell also filmed in Montreal and in Croatia.