New Peter Pan adaptation Peter & Wendy is shooting as a TV movie with filming locations in London, Dorset and Luxembourg. The ITV production will begin with Wendy as a patient with a heart condition at Great Ormond Street Hospital (GOSH) in modern London. 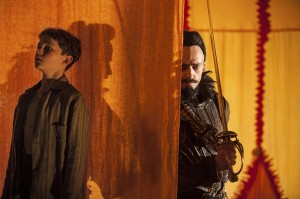 When Wendy reads the Peter Pan book to other children in the hospital, she finds herself dreaming of the fantasy world of Neverland.

The production stars Stanley Tucci as both Wendy’s doctor at Great Ormond Street and as Captain Hook, while singer Paloma Faith will feature as Tinkerbell.

“This reimagining of the traditional JM Barrie Peter Pan story is poignant, touching and a reminder to us all of the power of imagination and the importance of childhood and we are thrilled to be partnering with Headline Pictures, ITV, GOSH and the talented cast and crew on this fresh take on a beloved international classic,” said Charlotte Walls, co-founder and CEO of production company Catalyst Global Media.

A new big-budget feature version of the Peter Pan story was filmed as Pan (above) last year in and around London, with filmmaker Joe Wright directing a cast including Hugh Jackman as the pirate Blackbeard. The film was recently postponed from a summer to an autumn release this year to complete visual effects work.

“As you might expect, the fantastical story of Peter Pan involves very complex effects and I did not want to compromise on quality in finishing the film,” said Wright last month.

“This allows me and my team the time to complete the movie and tell the story the way it should be told.”

Pan will be the third big-screen adaptation of JM Barrie’s classic story in 25 years, following Steven Spielberg’s Hook in 1991 and the lower-profile Peter Pan in 2003. The story of how Barrie came to write his tale in the first place was brought to the screen in 2004 in Finding Neverland, with Johnny Depp as the eponymous author.