Authorities in Jordan are working towards offering stronger filming incentives to help the country compete with its international rivals. Ridley Scott’s upcoming sci-fi movie The Martian used Jordan as a stand-in for Mars and features Matt Damon as a stranded cosmonaut. 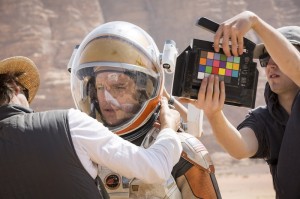 Jordan has had difficulty attracting big-budget studio productions in recent years partly because of political instability and prolonged conflicts in neighbouring Iraq, Syria and Israel.

The Jordanian government recently launched a series of tax exemptions for international productions as a filming incentive offering. In an interview with the Jordan Times the Royal Film Commission’s general manager George David said he is pushing to expand the country’s incentive support.

Petra is not a place where filmmakers head to because there are a limited number of stories that you can do there.

“We have many producers who filmed in Jordan [and] came again because they appreciate the human resources of Jordan, and we are very proud of that,” David told the paper.

“Jordanian movies are a brilliant way to promote Jordan not only as a location but also as a culture.

“Wadi Rum, Zizia [an area near the airport road], downtown Amman and Salt are among the favourite locations for filmmakers. Petra is not a place where filmmakers head to because there are a limited number of stories that you can do there.”

Ridley Scott has tended to lean towards Morocco for desert filming locations over the last few years. Gladiator, his Somalia-set war movie Black Hawk Down, spy drama Body of Lies and Kingdom of Heaven were all partly filmed in the North African country.

The Martian will be released in the US on 2 October 2015 and around the world from late November.