Filmmaker John Maclean and Michael Fassbender shot New Zealand’s South Island as 19th century Colorado for their new movie Slow West. The film tells the story of a young Scot who enlists the help of an outlaw as a guide as he travels across the wilderness of the Mid-West. 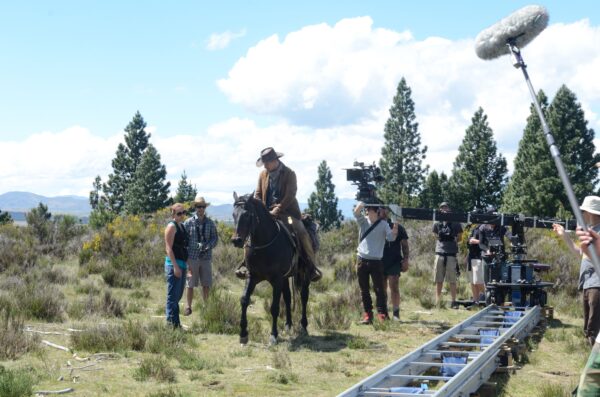 Production took place mainly in the Mackenzie Basin region in the centre of the South Island, which offers tussock plains, riverbanks and silver birch trees, and resembles the real Colorado. The town of Twizel was used as a base.

“We were very aware of the options that the landscape there gave us,” explains Iain Canning, a producer with See-Saw Films.

“On the South Island we found vast expanses of uninhabited land with amazing texture that we could see as Colorado. It’s a very versatile landscape and you can also get the right season given that we were filming towards the end of the year, which is summer there.”

Crew and equipment were sourced from Wellington, Christchurch and Queenstown. Sets were constructed to reflect the shifting moods of the story.

On the South Island we found vast expanses of uninhabited land with amazing texture that we could see as Colorado.

“We are making it all look quite truthful to the Colorado setting of the story,” says producer Rachel Gardner: “New Zealand has world-class crew and a really high standard of actors, and from the flow of productions coming through they’ve been very well trained in both creative and technical departments.”

“John [Maclean] just fell in love with New Zealand,” Canning added: “Through careful planning and a huge amount of work through the research phase of the film, we have been very careful to make sure that audiences will think that they’re very much in Colorado but the secret win for us is that it’s all been filmed in New Zealand.”