Lawmaker pledges to ‘save’ Louisiana film industry if elected Governor

A senior Louisiana lawmaker has pledged to “save” the state’s film industry if he is elected Governor. Louisiana has attracted major shoots in recent years like Jurassic World and Mark Wahlberg’s Deepwater Horizon, but is now set to introduce an annual cap on its filming incentive. 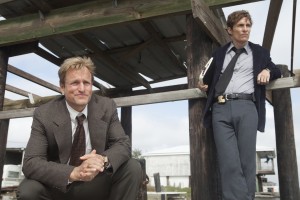 The move has proven intensely controversial, with many in the state’s production industry concerned a cap will drive high-profile shoots to places like Georgia, whose filming incentive programme is still uncapped.

Jay Dardenne is currently Louisiana’s second most senior official. He has suggested he will re-address the filming incentive issue if he is elected Governor when Jindal leaves Office this autumn.

“I believe the new law sets the cap too low and the way it might be administered as a new ‘backend’ credit redemption cap is even more damaging, both to the industry and to taxpayers who use them,” Dardenne said in a statement.

“It creates unnecessary instability and uncertainty in the industry, and it is already having detrimental effects.”

Dardenne also announced his understanding that Disney/ABC would not be shooting any new productions in Louisiana until the filming incentive issue was “resolved”, although the studio has since said this is not the case.

New York caps its filming incentive at USD 420 million annually and California has now boosted its filming tax credit programme to USD 330 million with a heavy focus on television.