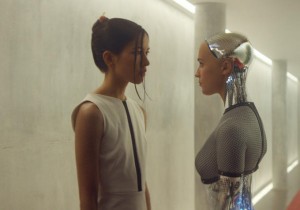 The new visual effects studio will be set up in Mumbai’s Film City. It will have the same technical and design specifications as Dneg’s existing facilities in London, Vancouver and Singapore.

Major upcoming Hollywood productions The Huntsman – the sequel to Snow White and the Huntsman – and Ron Howard’s new Dan Brown adaptation Inferno are among the projects already confirmed for visual effects work at the new site.

“Prime Focus is the undisputed industry leader in India and knows the market, the culture and the landscape better than any other company,” said Matt Holben, CEO of Double Negative.

“This collaboration plays to the strengths of both companies, the intention being to create a world-class VFX facility that can proudly sit alongside the rest of Dneg’s global network.”

British Columbia is becoming a particularly high-profile visual effects hub, partly because of its ease of access to Hollywood and its 17.5% tax credit for Digital Animation and Visual Effects.

Australian production company Animal Logic recently announced it would be opening a new facility in Vancouver to use as a base for The Lego Movie Sequel and two additional titles.