Luc Besson-produced thriller The Lake films in Germany and Croatia

Thriller The Lake, produced by Luc Besson, is filming in several locations in Croatia for the next few weeks, having already shot in Germany. Oscar-winner JK Simmons stars in the tale of a group of US Navy SEALs who discover treasure in a lake in Bosnia during the conflict of the mid-1990s. 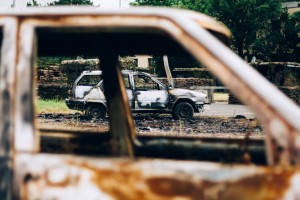 The production team will be using specialist water tanks in Malta to film underwater action scenes, but they decided to shoot location scenes in Croatia as they had developed trusted local contacts from a previous shoot.

“The reason why we opted for Croatia was the favourable experience our line producer had with Canal Plus’s Borgia in Dubrovnik last year,” said Raphaël Benoliel, a producer on The Lake, in comments to the Croatian Audiovisual Centre.

“In the film industry trust is everything. You always base these decisions on previous experiences - that’s how you know that a country is reliable, that you’ve made the right choice. Then of course [there are] the excellent locations, crew and incentives.”

Zagreb is doubling for Sarajevo but much of the shoot will also take place in a village in Istria in the north-west of the country. The eponymous lake of the title will be filmed in the mountainous Gorski Kotar region.

Besson’s production company EuropaCorp is scheduled to spend around EUR 7 million in Croatia and will get an incentive payment of EUR 1.3 million. The shoot will also be supported with military hardware from the government.

“We had the support of the Croatian Army and the government, allowing us to use some of their military tanks and vehicles, and committing to facilitate action scenes that we are planning to shoot in the streets of Zagreb,” added Benoliel.

Croatia has featured in Game of Thrones for the past few years and also became a part of the new US TV series Dig when the show relocated from Israel.