An unofficial sequel to the classic British movie Chariots of Fire is filming in China, as well as the US and Canada. The Last Race tells the true story of athlete Eric Liddell, a medal winner at the 1924 Paris Olympics who was later interned by the Japanese during the Second World War. 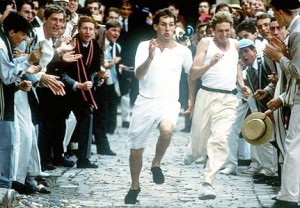 A devout Christian, Liddell was born in China to missionary parents and was portrayed in Chariots of Fire, released in 1981. The Last Race will focus on his subsequent experiences when he returned to China in the years after the Paris Olympics to work as a missionary.

Liddell became good friends with a Chinese man and both were interned by the Japanese when the country invaded China shortly before the outbreak of the Second World War. Joseph Fiennes is playing Liddell in the new film.

The Last Race was in development for many years due to efforts to make it a Chinese co-production to help it bypass the country’s strict regulations on foreign film releases.

China’s film market is now the second-biggest in the world and great international efforts are being made to reach Chinese audiences.

The Last Race was in development for many years due to efforts to make it a Chinese co-production.

Among the latest developments filmmaker Catherine Hardwicke, director of the first Twilight movie, will shoot historical drama Loulan partly in Beijing as a US-China co-production, according to Associated Press. The film will be a romantic epic set in 200 BC on the Silk Road trading routes of western China.

Elsewhere, former marketing executive Al Ovadia recently set up Los Angeles-Beijing Studios to boost co-productions between the US and China. The UK ratified a co-production deal with the Chinese government earlier this year. 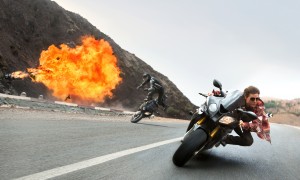 “Mission: Impossible – Rogue Nation is our first step toward internationalisation,” said Zhang Qiang, CEO of Alibaba Pictures, in a statement.

“Alibaba Pictures looks forward to collaborating with more international movie studios where we can consolidate resources, technologies and talents to establish a world-class integrated entertainment platform for the film industry.”