Film France appointed Valérie Lépine-Karnik as its new Chief Executive Officer a year ago and the organisation is now preparing to boost France’s Tax Rebate for International Productions (TRIP). An expanded database of location photos is also being planned. 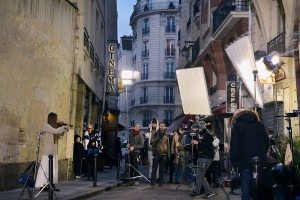 The TRIP will increase from 20% to 30% from January 2016, which is perhaps the most striking result of Lépine-Karnik’s first year in the job.

As with the current programme, the support will be accessible for productions that film in France for at least five days. The per-production cap will rise dramatically from EUR 20 million to EUR 30 million.

“We have seen increased interest from production companies in neighbouring countries like Germany and the UK,” Lépine-Karnik comments: “Concerning the bigger US productions, they will hopefully be in the starting block ready to take the 30% rate from 2016, which we are currently promoting. It is an ongoing process.”

Lépine-Karnik also talks of expanding the French film industry’s reach to China in search of new markets and partnerships.

“We are also currently developing a brand new locations database,” Lépine-Karnik adds: “We have one at the moment with around 100,000 photos of about 20,000 locations."

We have seen increased interest from production companies in neighbouring countries like Germany and the UK.

"We will modernise the whole interface and actual research tool, as well as including a few other attractive features for professionals from France and abroad, in order to facilitate locations search.”

The boosted filming incentive could help boost France’s appeal to Hollywood. In recent years the US studios have generally limited French shoots to a few days to avoid higher production costs. 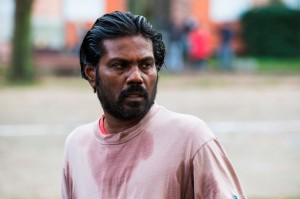 France also claimed the Palme D’Or itself for Dheepan (right), the story of Sri Lankan refugees trying to rebuild their lives in Paris.

“Thanks to the constant concern of the state and the CNC (National Cinematography Centre) in particular, French Cinema is on top of the world cinema industry.

“We need to keep up the good work while keeping in mind that we need to stay economically attractive to French productions as well as international ones.”