Filming for the sixth season of Game of Thrones will take place partly on location in the city of Girona in Catalonia, north-eastern Spain. The series filmed in Spain for the first time last year and helped boost film tourism in Seville and Osuna. 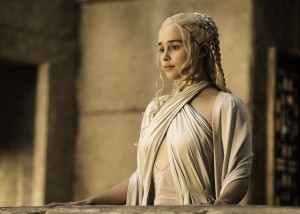 Spain passed a bill last year launching a new 15% filming incentive, but the production support is not expected to be available until later this year once specific eligibility details have been decided.

Game of Thrones could have a huge impact on Catalonia’s production industry, a part of Spain that has had only limited appeal for international TV productions in recent years.

The Location Guide recently scouted the region with the Catalunya Film Commission and found Girona to be an inviting blend of striking architectural styles spanning centuries of Catalan history.

“It’s hard to find the right words to describe how much hope and excitement this has brought to our town,” said Rosario Andújar Torrejón, Mayor of Osuna, in a Guardian interview when HBO filmed in the Spanish town last year.

“We’ve had two weekends in a row where the bars are so packed you can’t even find a place to have a drink.

“Everyone has noticed – there are a lot of tourists, even Americans, which we never saw before. Some used to joke that Americans didn’t know where Spain was. But they’ve found it.”

Game of Thrones has been based in Belfast for the past five years and has also filmed extensively in Iceland and Croatia, using Dubrovnik as a stand-in for King’s Landing, the capital of Westeros.

The Game of Thrones shoot will again be serviced by Fresco Film Services.