A second season of the BBC’s modern war drama Our Girl will be set in Kenya. The series follows a female soldier in the British Army and is relocating the story to Kenya after the first season used South Africa as a stand-in for Afghanistan. 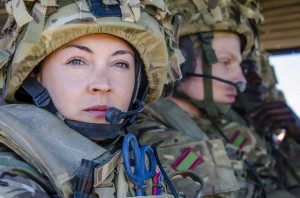 The show’s main character has in fact been changed and re-cast as original actress Lacey Turner has commitments on another BBC production.

“Excited to be following Two Section on a mission to the Kenya/Somalia border,” said writer Tony Grounds.

“Our new medic Georgie Lane, with tours of Afghan and West Africa under her belt, now has to deal with the fraught, perilous and ever-changing situation in East Africa. It is amazing to have such a talent as [new star] Michelle Keegan bringing Georgie Lane to life.”

Added Charlotte Moore, Controller of BBC One: “With thanks to Lacey for a fabulous first series, we are delighted to welcome Michelle Keegan who will lead the cast in the return of BBC One's hit drama Our Girl, which will take viewers on an African mission in contemporary Kenya.”

South Africa offers competitive filming incentive support and a well-developed production infrastructure. As such, it’s a popular double for all parts of the African continent and indeed parts of the Middle East, including Iraq and Afghanistan.

Kenya is not established as a production hub and lacks filming incentive support. The government recently reached out to Angelina Jolie to convince the actress and filmmaker to bring the movie Africa to Kenya, but the project has reportedly since run into development problems.