The Wachowski siblings filmed across the world for their new sci-fi drama series Sense8, being distributed through Netflix. Shot in eight different international cities, the story follows a group of disparate individuals who become telepathically linked. 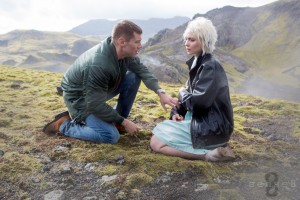 Location scouts travelled around the world and uploaded their photos to a single website for review by the Wachowskis and their directing team, which included their long-term collaborator and Cloud Atlas co-director Tom Tykwer.

The Wachowskis wrote scenes specifically for locations they found particularly interesting. Often scouts were asked to return to find more local options so that story strands could be expanded.

“Original scouting was about four months and then from March 2014 till June 2014 with directors,” Giacalone explains: “The first filming was done in San Francisco and myself and the designer pre-scouted Chicago, London, Iceland, Seoul, Mexico City and Mumbai.

“Berlin and Nairobi were directed By Tom Tykwer’s team and were done by his scout and production designer. Scouting continued for the cities that were coming up on the shooting schedule while the different cities were being filmed.”

Filming took place entirely on location with no studio work, so alternatives sometimes needed to be found if the team faced local restrictions or was suddenly denied authorisation.

“Seoul was incredibly difficult due to the language barrier and not being used for big Hollywood projects,” Giacalone adds.

“Avengers: Age of Ultron was filmed there previously and that helped us lay the groundwork for Sense8. We relied more on local crews for prepping and filming the project but it was hard for the locals to understand our needs and set up.”

Sense8 is available now on Netflix.

Report: Filming Jupiter Ascending and Sense8 on location with the Wachowski siblings