Authorities in British Columbia have announced a new film and TV office for Los Angeles. Vancouver is one of the top production centres in North America and a regular double for California. Comic book drama Deadpool has been a high-profile recent visitor. 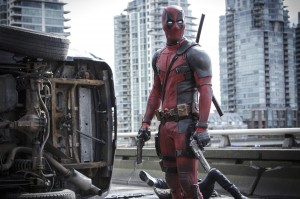 “We’ve got great relationships there but it’s one of those things you can’t be complacent with. There are over 40 other jurisdictions competing for this business and we want to stay on top.”

“After scouting locations in North America and Europe, we selected Vancouver for both budgetary reasons and because of the City’s increasingly positive reputation regarding its support for filming,” said Deadpool’s executive producer John Kelly when the shoot started earlier this year.

British Columbia offers a generous filming incentive, although the tax credit is limited to labour expenditure.

Earlier this year the province’s incentive package was extended to include post-production spending, which is helping raise Vancouver’s profile as a North American visual effects hub. Sony Pictures Imageworks has switched its headquarters from Los Angeles to Vancouver and Animal Logic will open its own Vancouver office to produce several new films including The Lego Movie Sequel.

Vancouver has a strong crew base and good studio facilities, and is also easy to access from California. The city has doubled for San Francisco in numerous movies and TV shows, including Dawn of the Planet of the Apes and the recent Godzilla.

“BC is poised to take our strong competitive position to new heights in the Los Angeles market,” said Shirley Bond, Minister of Jobs, Tourism and Skills Training and Minister Responsible for Labour.