Lithuania and France have signed a co-production filming agreement, the first such deal for Lithuania. Shoots organised under the terms of the deal will qualify for national filming incentives in each country. 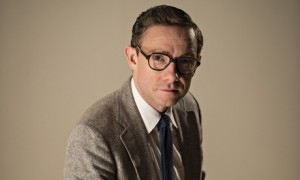 Film France is preparing to boost its Tax Rebate for International Productions to 30% from 2016, in a bid to broaden the country’s global appeal. The per-production spending cap will also increase, from EUR 20 million to EUR 30 million.

“We have seen increased interest from production companies in neighbouring countries like Germany and the UK,” Film France CEO Valerie Lépine-Karnik told The Location Guide recently.

“Concerning the bigger US productions, they will hopefully be in the starting block ready to take the 30% rate from 2016, which we are currently promoting. It is an ongoing process.”

Lithuania’s production profile has risen since the launch of a 20% filming incentive in mid-2013. Capital city Vilnius doubled for Jerusalem in the BBC’s The Eichmann Show (above), a TV movie telling the story of the infamous trial of former Nazi Adolf Eichmann in 1961.

“Vilnius had a cinema screening room that was a huge concrete monument to the Soviet Union,” said producer Laurence Bowen when the film was first launched: “The interior layout was in fact almost identical to that of the real location in Jerusalem.”

The BBC returned to Lithuania recently to film scenes for its ambitious adaptation of Tolstoy’s War and Peace.