Los Angeles has claimed the top spot as the most popular North American filming location for TV pilots by a huge margin, according to new figures from FilmLA. Ninety-one pilots were shot in the city in the 2014-15 production cycle, while New York came a distant second with 25. 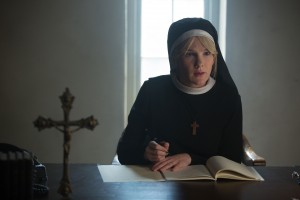 Nearly USD 300 million was spent in Los Angeles on pilot production over the course of the 2014-15 cycle.

Nineteen percent of all North American drama pilots filmed in Los Angeles, marking a slight improvement over the previous year, but still a huge fall from the 63% figure reported in 2006-07.

In the past year four pilots were filmed outside Los Angeles for every pilot that was shot in the city.

Los Angeles still dominates the comedy pilot market with three-quarters of comedy productions shooting in the city in 2014-15. This is partly because studio-based multi-camera shows have not been lured away to cities with better filming incentives.

California has boosted its filming incentive tax credit programme this year, more than tripling its annual film fund to USD 330 million and allocating most of the money, in one way or another, to incentivising television.

Several major established TV shows have already committed to relocating to Los Angeles having secured support from the enhanced filming incentive. Political satire Veep, relocating from Maryland, and American Horror Story (above), returning after two seasons in Louisiana, are among the highest-profile examples.