Location filming in Los Angeles fell by 1.9% overall in the second quarter of this year, but the decline was moderated by increases in specific categories, including a 12.3% rise in shoot days for TV drama. California has more than tripled its annual film fund for the next few years. 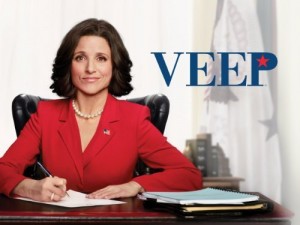 “This is a mixed report, but things are certainly looking brighter for television in Los Angeles,” said Paul Audley, President of FilmLA.

“The year-round production of scripted series, plus the support of the California Film & Television Tax Credit, invites an optimistic outlook for this segment.”

“I look forward to seeing accelerated growth in LA’s film production as the next round of film tax credits takes effect.”

The quarterly figures arrive days after a FilmLA report found that Los Angeles was the most popular city in North America for TV drama pilots in the 2015-15 production cycle.

California will have USD 330 million available each year – up from the previous USD 100 million – to fund the state’s filming incentive tax credit programme. Most of the money is allocated towards TV production.

Political satire Veep (above) and gothic anthology series American Horror Story are among the high-profile TV shows to have confirmed their relocation to California, having previously shot in Maryland and Louisiana respectively. Getting top TV shows to relocate to California is one of the top aims of the boosted filming incentive.