Post-production specialist Dragon in Bridgend, South Wales, is to be re-launched next month as a UK technology hub with a major investment from the Welsh government. Dragon has provided technical services on acclaimed films including Hunger and Submarine. 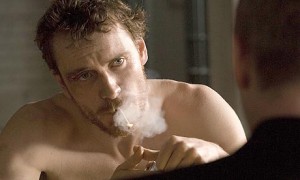 The company is investing GBP 445,000 in the latest post equipment and a new sound studio, supported with GBP 200,500 from the Welsh government.

Dragon is based at the Sony Technology Centre at Pencoed, midway between Swansea and Cardiff, but the hub will be directly connected to the company's London Soho office.

“The new picture post-production equipment will allow Dragon to compete on an equal footing with major post-production brands in the UK and across Europe and combined with the Soho hub we can really make our mark,” said managing director Paul Wright.

Dragon’s news comes a few months after boutique visual effects house Milk announced it would be opening an office in Cardiff. The company is working on several high-profile TV productions, including Sherlock and Doctor Who for the BBC, both of which film extensively in the Welsh capital.

Wales’ international production profile continues to grow. New US historical drama The Bastard Executioner – from Sons of Anarchy creator Kurt Sutter – is set to film a full series in the country, while Pinewood Studio Wales is scheduled to host a high-profile remake of 90s gothic movie The Crow.