The company behind Moon River Studios near Savannah in eastern Georgia claims the new development is the largest studio project in the US. Atlanta remains Georgia’s production centre, but Savannah has had a profile boost in recent weeks with the release of Magic Mike XXL. 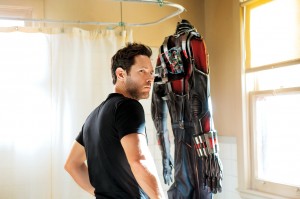 Moon River Studios is being developed through the film division of Georgia social commerce company FONU2, and will comprise sound stages, post-production facilities and mill space.

The studios have acquired AppleBox Productions, a major grip and lighting equipment supplier based in North Florida.

AppleBox is based in Jacksonville, Florida, but the company services productions across the south-eastern US.

“We are thrilled to announce the acquisition of AppleBox Productions and see it as a major milestone not only for Moon River Studios and its shareholders, but also for the infrastructure of Georgia’s booming film industry,” said Jake Shapiro, Chairman of the Board of FONU2.

“Any Georgia-based film productions that rent from us will qualify for the 30% tax credit on our film equipment rentals to them. We believe this acquisition will positively affect not only Moon River Studios’ future endeavours but also coastal Georgia as a whole.”

Georgia has become one of the top production hubs in the US through the combination of its generous filming incentive programme and its existing studio infrastructure.

Pinewood Atlanta Studios is becoming a long-term favourite for Marvel, as the host of Ant-Man (above), Captain America: Civil War and, soon, Guardians of the Galaxy Vol 2. Georgia’s other studio facilities include EUE/Screen Gems Studios Atlanta and Atlanta Film Studios.