A new TV drama based on the comic book character Wynonna Earp is set to film on location in Calgary. The Alberta city is currently best-known for the TV version of crime drama Fargo, which has filmed two seasons locally. 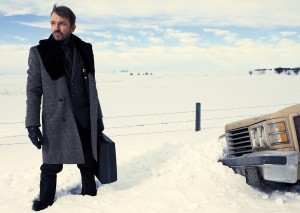 In the comic, Wynonna Earp is a direct descendant of legendary real-life lawman Wyatt Earp. The TV series will present Wynonna as “a modern-day gunslinger” with a heightened-reality setting.

“Wynonna Earp is a unique contemporary western that will bring high-octane, full-throttle supernatural action to Syfy,” said Chris Regina, senior vice-president of programming for Syfy, which will broadcast the show in the US.

“It is wildly imaginative and we are excited to work with Seven24 Films, IDW Entertainment and Emily (Andras, the series showrunner) on this truly original concept that will showcase fun, stylized visuals and pure escapism.”

Calgary is developing its first film studio but the Calgary Film Centre is not scheduled to open until next year. The Wynonna Earp production team will most likely use adapted warehouse facilities for studio work.

Former military base Currie Barracks in the south-west of the city has been used as a studio for several productions in recent years.

“The Calgary Film Centre will allow us to grow our local crew and talent base and peripheral industries,” said Luke Azevedo, Commissioner for Film, TV & Creative Industries at Calgary Economic Development, when work on the new studio facility first started.

Alberta’s more northerly locations will get a showcase early next year with the release of The Revenant. The film tells the true story of a frontiersman in the early 19th century – played by Leonardo DiCaprio – struggling to survive when he’s mauled by a bear and left for dead in the wilderness.