The Association of Film Commissioners International (AFCI) Cineposium is set to focus singularly on film tourism when it takes place in Barcelona on 24-26 September. Up to 20% of tourists travel to visit the filming locations for their favourite movies and TV shows. 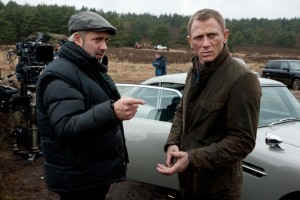 “Film and tourism are a natural pairing,” says Kevin Clark, Executive Director of the AFCI: “I think it’s only recently that we started giving it an official term like film tourism or screen tourism.

“The AFCI decided to make film tourism our theme for Cineposium this year to highlight the concept and demonstrate the success it’s yielded on a global scale.”

Film tourism is becoming a more potent force around the world. In June this year, a USA Today poll declared Scotland as the world’s Best Cinematic Destination, having hosted productions like the Harry Potter franchise, the romantic TV drama Outlander and scenes for the James Bond movie Skyfall.

The AFCI’s Cineposium aims to broaden international awareness of what film tourism is and how film commissions around the world can benefit from it more effectively. Events will include panel discussions case studies from organisations including the British Film Commission and Northern Ireland Screen.

“With any developing concept where data is still being collected there will be segments of the entertainment industry waiting to see the results and its value,” Clark continues.

“On the other hand there are early adopters of film tourism that have proven that the concept works. From the success Game of Thrones has yielded Northern Ireland to what the film Sideways, released in 2004, did for the Santa Barbara Conference and Visitors Bureau & Film Commission and its local economy; these examples demonstrate the benefit of film tourism.

“At Cineposium we will examine and discuss the challenges and success of film tourism this year and we are excited to serve as the platform for the conversation.”