The Great Getaway will be based on the 18th century life of Prince Charles Edward Stuart – commonly known as Bonnie Prince Charlie – and will film in Scotland. The historical drama Outlander is one of the largest productions to have shot in the country in the last few years. 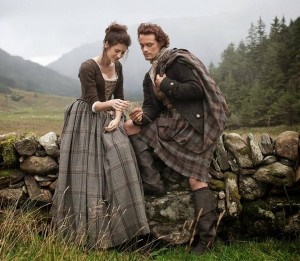 Bonnie Prince Charlie led an uprising in England and Scotland in the mid-18th century to try and seize the English throne for the exiled Stuarts. Losses forced his retreat to the Scottish Isles, which is the story that will be told in The Great Getaway.

Eight weeks of location filming will take place in Galloway in south-west Scotland, and in the Outer Hebrides.

“I am very excited about starting this project, it's a fascinating story and period of history,” said Jamie Bacon, cast in the lead role, in comments to the BBC Scotland news website.

“It's crazy how not many people actually know the facts about Bonnie Prince Charlie so I'm looking forward to portraying a truth and understanding of this historical figure.

“The script is brilliant and I'm very excited to be playing Charles because having the opportunity to play a person who actually lived with depth and truth is what an actor dreams of so I am more than excited to get into his boots.”

Scotland does not yet offer purpose-built studio facilities, although the Outlander production team has adapted a former warehouse into what’s now called Wardpark Studios in Cumbernauld near Glasgow.

Plans were submitted in May for a privately-funded studio facility just south of Edinburgh, although Scotland’s production community has generally expressed greater support for a development near Glasgow. The Scottish government remains under pressure to commit to a publicly-funded film studio complex.