Fantastic Beasts And Where To Find Them starts filming in London

New children’s fantasy Fantastic Beasts And Where To Find Them has started filming at Warner Bros Studios Leavesden in north-west London. Written by JK Rowling, the movie is set 70 years before the events of the Harry Potter stories and stars Oscar-winner Eddie Redmayne. 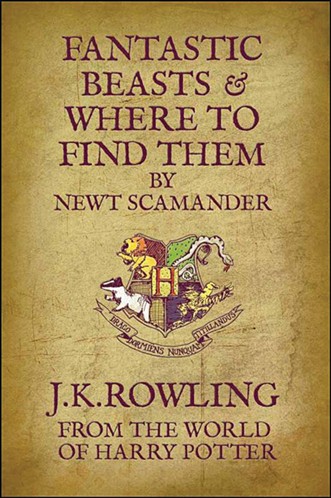 All eight Harry Potter films were shot at Leavesden Studios. Warner Bros bought the facility after the franchise wrapped and it underwent a lengthy period of refurbishment.

Fantastic Beasts And Where To Find Them began as a reference book used by Harry Potter for his studies at Hogwarts. Plans to turn the Fantastic Beasts story into a series of films were announced in the autumn of 2013.

“Although it will be set in the worldwide community of witches and wizards where I was so happy for 17 years, Fantastic Beasts and Where to Find Them is neither a prequel nor a sequel to the Harry Potter series, but an extension of the wizarding world,” Rowling wrote on her Facebook page when the films were first announced.

“The laws and customs of the hidden magical society will be familiar to anyone who has read the Harry Potter books or seen the films, but Newt's story will start in New York, 70 years before Harry's gets under way.”

London remains one of the top production hubs in the world, partly because of the UK’s generous filming incentives. All the city’s major film studios are undergoing expansion work to help cater for demand, specifically from big-budget productions.

“Warner Bros. has produced some of our most popular and successful films in the UK, working with British talent,” said Kevin Tsujihara, Chairman and CEO of Warner Bros, last summer.

“The expansion of Warner Bros. Studios Leavesden will allow us to further tap into the world-class creativity and innovation available here to continue this tradition of filmmaking excellence.”