Location filming has wrapped in Alabama for USS Indianapolis: Men of Courage, which recounts the sinking of the USS Indianapolis in the dying days of the Second World War. Alabama offers a 25% filming incentive for productions spending at least half a million dollars. 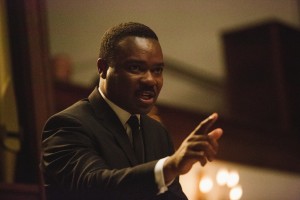 In mid-1945 the USS Indianapolis transported components of the atomic bomb that would later be dropped on Hiroshima. Shortly after making the delivery the ship was sunk by a Japanese submarine. Hundreds of sailors who survived the sinking died in the water, many as the result of shark attacks.

Alabama is gradually becoming more popular as a filming location and recently got a profile boost with the civil rights drama Selma (right).

“Not only was the story based in Alabama, but the most significant scenes were filmed where they actually happened, so that is a huge win for the production side but also for the tourism side. It was essentially a two-hour commercial for Alabama."

Added Richard Rionda Del Castro, a producer on USS Indianapolis: Men of Courage: “If you start changing the tax credits and making them less attractive, then we won't come here. And that will mean that all the progress that has been made by these men and women who work in this industry will be wasted.”

Alabama faces a long-term challenge standing out from neighbours Louisiana and Georgia, which have become two of the top production centres in the US.