Plate shots for the ‘Giant’s Land’ of Steven Spielberg’s film of Roald Dahl’s The BFG have been shot on the Isle of Skye in western Scotland. Skye is becoming more popular as a filming location and will appear in Justin Kurzel’s adaptation of Macbeth, starring Michael Fassbender. 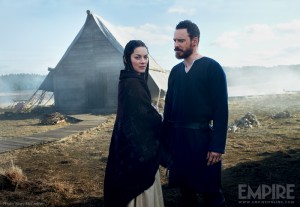 The BFG tells the story of a small girl who has a series of adventures with the Big Friendly Giant, who lives in the mysterious and dangerous Giant’s Land. Stage veteran Mark Rylance is playing the BFG.

Landscape shots of the Isle of Skye will be used by Weta Digital in New Zealand to create the final images of the story’s Giant’s Land, according to the National.

“We filmed scenes for The BFG on Skye as plate shots to be part of our Giant’s Land,” said the David Broder, the film’s Supervising Location Manager, in comments to the outlet.

“We also filmed on the Shiant Islands and aerial work was filmed from a helicopter through the Highlands. We also filmed at The Old Man of Hoy in the Orkneys.”

“Places like Skye are ideal for filming because there is very clear air and photographers love it. The scenery is fantastic,” added Dave Thompson, MSP for Skye, Lochaber and Badenoch.

Spielberg also worked with Rylance on his upcoming Cold War drama Bridge of Spies, which filmed partly on location in Germany and Poland last year and is scheduled for release this November.