London Wimbledon Studios has reopened as a filming facility in the south-west of the city. Although closed for a short time last year, resident broadcaster Marjan Television Network Ltd has now made a sales and marketing deal with film location agency The Collective. 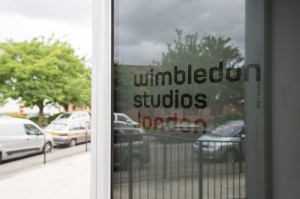 The facility offers two sound stages of 7,000 sq ft and 8,000 sq ft that have had roofing improvements carried out over the last few months, and office space has been refurbished. A site-wide power upgrade is soon to be finished.

“We’re incredibly excited to offer top-quality studio space inside the M25 at a time when the industry desperately needs more,” said Anthony Iredale, Managing Director at The Collective.

“With a newly employed and highly experienced studio manager dedicated to London Wimbledon Studios, we’re looking forward to bringing our flexible and innovative approach and vast network of production contacts to a purpose built and fully equipped studio environment.”

“Studios are, of course, pivotal to the city’s success, and given ever increasing demand from domestic and international productions, the reopening of London Wimbledon Studios couldn’t come at a better time,” added Adrian Wootton, Chief Executive of Film London and the British Film Commission.

“The added space and improvements to the site will boost to the capital’s considerable offer, and it is sure to be another feather in London’s cap when it comes to attracting major film and television productions.”