Actress Anne Hathaway is set to star in new TV miniseries The Ambassador’s Wife. Based on a fictional novel by Jennifer Steil, the wife of a former British Ambassador to Yemen, the story will focus on the wife of an ambassador kidnapped in a Middle Eastern country. 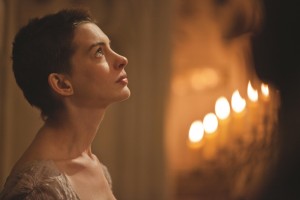 “The Ambassador’s Wife is an incredible story that pulls you in immediately and resonates with all of us based on the images and news headlines that are pervasive in our lives today,” said producer Mark Gordon.

“We are so fortunate to have Anne starring in this timely, gripping, and compassionate drama. She is in a league all her own and we cannot think of anyone who can better portray Steil’s complex heroine.”

Given that several regions of the Middle East continue to have uncertain security as filming locations, countries like Croatia, Morocco, Malta and South Africa have become popular doubles for TV and film productions.

American TV dramas Dig and Tyrant both started their shoots in Israel last year but decided to relocate when a new wave of violence flared with Gaza.

The BBC’s acclaimed drama The Honourable Woman opted to film in Morocco when Jordan was deemed too much of an insurance risk at the time of the shoot. However, Jordan is set for a profile boost later this year with the release of Ridley Scott’s sci-fi survival drama The Martian, which used the country’s deserts as a stand-in for Mars.

Malta is likely to be a frontrunner for The Ambassador’s Wife, and was recently used as a stand-in for Libyan city Benghazi in Michael Bay’s 13 Hours: The Secret Soldiers of Benghazi.

“A film of this magnitude will most certainly boost Malta’s reputation as a film-friendly destination,” said Malta’s Film Commissioner Engelbert Grech last month: “Having a number of well-established filmmakers choosing Malta adds to Malta’s prestige in film servicing.”