BBC filming drama series One Of Us on location in Scotland

Filming is set to begin in Scotland for the BBC’s new drama One Of Us. The story follows two rural families who know each other well but whose lives change after two grisly murders. Macbeth and Outlander are among the productions to have shot recently in Scotland. 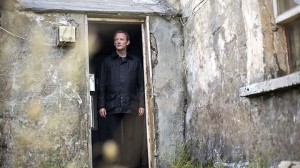 One Of Us is set in Edinburgh and Highland locations, and is written by Harry and Jack Williams.

“I am very excited to start work on this character-led drama,” said actress Joanna Vanderham: “The arresting Scottish landscape is the perfect setting for Jack and Harry's clever and brave script.”

Added co-star Juliet Stevenson: “When I read the first script, it immediately gripped me as it’s such a unique and compelling story. I can’t wait to start filming in Scotland.”

“I am so excited to be bringing this unique thriller by two of the freshest UK screenwriters to Scotland,” said Christopher Aird, Head of BBC Drama Production England, when the series was first announced.

“Sitting alongside Shetland (above) and our adaptation of Iain Banks’ Stonemouth, One Of Us shows BBC Drama’s substantial commitment to drama in Scotland.”

Scotland is becoming steadily more popular as an international filming location, although the country’s lack of a purpose-built studio facility has become a long-term controversy. Period drama series Outlander has been one of the highest-profile productions in the country in recent years, and adapted a former warehouse in Cumbernauld near Glasgow for use as studio space.

This facility is now called Wardpark Studios and is thought to be on the government’s shortlist for potential development as a larger filming resource.

Earlier this year plans were submitted for a rival privately-funded studio in Straiton outside Edinburgh.