Written by The Location Guide on Aug 18, 2015. Posted in On Location

New period series The Durrells will film on the Greek island of Corfu. The drama will follow the true-life escapades of Louisa Durrell, a widow who moved her family to Corfu in 1935. The Durrells is the latest in a growing period sub-genre that includes Channel 4’s Indian Summers. 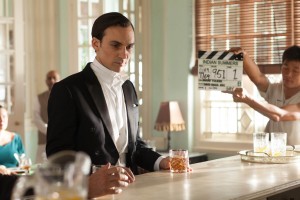 The Durrells is based on memoirs written by the late Gerald Durrell, who was the youngest of Louisa’s sons and went on to become a naturalist and TV presenter.

“I am absolutely thrilled that Gerald Durrell and his idyllic childhood in Corfu will appear on our television screens,” said Lee Durrell, Honorary Director of Durrell Wildlife Conservation Trust.

“Those sunny, magical days, when eccentric family affairs were interwoven with Gerry’s discovery of the natural world, inspired his life’s work to rescue animals from the brink of extinction. I hope that the new series will be a gentle, but timely reminder of the importance of Gerry’s work today and will inspire others to take up his cause.”

Period dramas featuring English characters in exotic locations are becoming more popular in British television. Channel 4 has had success with Indian Summers (above), a miniseries set at the foot of the Himalayas in 1930s India, but filmed in Malaysia. The drama was recently re-commissioned for a second series.

“It’s wonderful and exciting to once again delve into this period in our history and of course to join such a fantastic cast is a delight,” said actor Art Malik, a co-star of Indian Summers.

“Paul Rutman (creator and writer of Indian Summers) has created the most vivid and evocative world and I cannot wait to see the waves my Maharaja shall be making in Simla’s society.”