American commercial production companies filmed a third of their international shoots in Europe and the UK in 2014, according to a new report from the Association of Independent Commercial Producers (AICP). Production expenditure also rose 14% on the previous year. 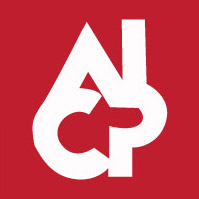 South America and Canada were the next most popular international filming locations, although Canada’s general popularity continues to fall. Nonetheless, Vancouver alone claimed 16% of US production expenditure in 2014, reports Shoot Online.

“We’re seeing that tax incentives for commercial filming are working,” said Matt Miller, President and CEO of the AICP, in comments to the outlet: “We’re seeing movement of advertising production to states that are among the most aggressive with tax incentives.

“These findings provide an in-depth analysis of where the billions of dollars in commercial production activity are expended, along with key business issues our members face as they manage and grow their companies.”

“As the mix of media distribution continues to widen, member companies have increased their average expenditures by 173% in the areas of interactive media and projects combining both live action and in-house digital production techniques,” he added.