New mountaineering drama Everest filmed at altitude in Nepal and Italy, while elaborate sets were built in Rome and London. The movie is based on the true story of climbers caught in a severe storm on Everest in 1996, which until recently was the mountain’s worst ever disaster. 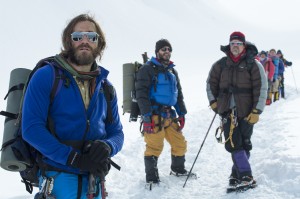 Directed by Icelandic filmmaker Baltasar Kormákur, the production began by filming with a reduced unit on location at the base of the Himalayas in Kathmandu.

The team shot at heights of up to 16,000 feet and used warming tents to stop the camera from freezing.

“We worked whatever hours they needed us to work so the conventional filming day – when you get a call time, go to a trailer to get your makeup done and so on – just didn’t exist,” recalls co-star Josh Brolin.

“I remember lying in bed exhaling massive clouds of breath, not believing quite how cold I felt. But that lent to everything. As much as we complained, we liked it and it brought us together as a core group.”

The practicalities of the shoot in fact meant the usual altitude acclimatisation process had to be speeded up as the team airlifted equipment to the filming locations – involving some 200 separate trips – rather than taking gradual hikes.

We had avalanche conditions that occasionally forced me to shut down filming.

Guy Cotter is a mountain and safety adviser and owner of Adventure Consultants. He was on the mountain when the tragic events took place in 1996 - he's played by Avatar star Sam Worthington in the film - and he was an advisor on the movie.

"When we filmed in Nepal we had to work around weather conditions so I utilised professional forecasting crews to enable us to adjust the schedule to shoot all the scenes we needed," Cotter explains: "Helicopters were an integral tool to move the crew and equipment onto the location and thereby enabling us to achieve a lot in a short time frame." 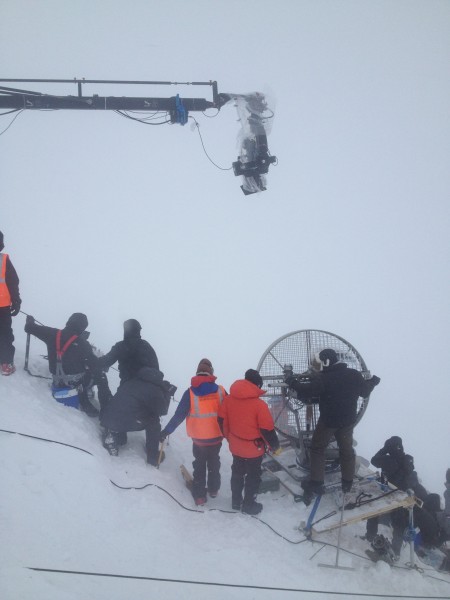 From Nepal, the production relocated to Val Senales in northern Italy and the South Tyrol region of the Italian Alps. Here the team swelled to around 180, with crew coming from nearly a dozen different countries around the world.

Adds co-star Jake Gyllenhaal: “Watching crew 12,000 feet up on the mountain in a snowstorm moving equipment, Sherpas carrying huge fans on their backs, helicopters dropping pieces of camera, and all of us carrying things up there – setting lines 15 minutes before a take and bringing cameras up to different angles on different rocks – the organisation of all that, along with the intensity of making this movie, was extraordinary.”

"The winter we filmed in the Alps in Northern Italy was the worst for 30-40 years with metres of snow when it would normally be windswept and dry, much like Everest," Cotter comments.

"This made it very hard to utilse authentic looking locations when we were wallowing in waist-deep snow!

"Additional to that we had avalanche conditions that occasionally forced me to shut down filming on locations that had become too hazardous and the resultant disruption to the shooting schedule has major impacts on a production."

Everest Base Camp was built at Cinecitta Studios in Rome and dressed with mid-1990s mountaineering gear and equipment while the main unit filmed on location.

The peak of Everest was built at Pinewood Studios in London, with salt shovelled into a giant fan to simulate blizzard conditions. 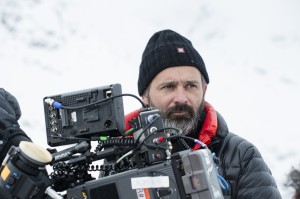 Studio filming was the only way to capture these scenes in the way they wanted while keeping everyone safe.

Cotter recommends involving experienced mountaineers as advisors as soon as possible for shoots like Everest, while also hiring crew who know what they're doing in the specific environment.

"Major production companies setting out to do adventure movies in the outdoors often have little concept of how fickle working in the real environment can be compared to the studio and the resultant costs," Cotter continues.

"If there is one decision that will make the greatest difference to the success of a mountain production it is to employ only experienced mountain crew.

"Bringing crew from the studio to a mountain top when it's minus 20 creates numerous problems and simply costs so much more due to the number of safety people required to look after the well-being of the crew that becomes a distraction from the shoot itself."