France is planning to amend part of its filming incentive laws to ensure Luc Besson’s big-budget movie Valerian and the City of a Thousand Planets shoots in Paris. Besson’s film had initially been denied filming incentive support as a French film because it will shoot in English. 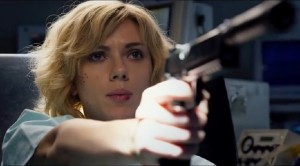 Valerian is budgeted at around EUR 170 million, but Besson had threatened to film on location in Hungary in order to get filming incentive support.

“There's a small problem called tax credits,” Besson told RTL radio: “I have a French film being made in English so I have the right to zero [tax credits] as a French film ... I'm a patriot, but EUR 15 million to EUR 20 million starts to get a little heavy.”

Valerian is set to become the biggest movie ever to have filmed on mainland Europe and will employ more than a 1,000 people. As a result, the French government is under pressure to make filming incentive allowances in this particular case. Should the tax credit law change, Besson’s shoot should save around EUR 30 million and is likely to shoot at the filmmaker’s own Cite du Cinema studio facility.

Besson’s last directing effort was the massively successful action movie Lucy (above) with Scarlett Johansson. The film shot in Paris and Taiwan, and became the biggest French film in cinema history.

France also offers a Tax Rebate for International Productions which is set to rise from 20% to 30% from January next year in a bid to attract more big-budget studio productions.

“We have seen increased interest from production companies in neighbouring countries like Germany and the UK,” Film France CEO Valérie Lépine-Karnik told The Location Guide in June.

“Concerning the bigger US productions, they will hopefully be in the starting block ready to take the 30% rate from 2016, which we are currently promoting. It is an ongoing process.”