Ben Affleck is building the Florida city of Tampa in Brunswick, Georgia, for new crime drama Live by Night. The movie is based on a Dennis Lehane novel set in Prohibition-era Ybor City, a district of Tampa, and is Affleck’s second Lehane adaptation after Gone Baby Gone. 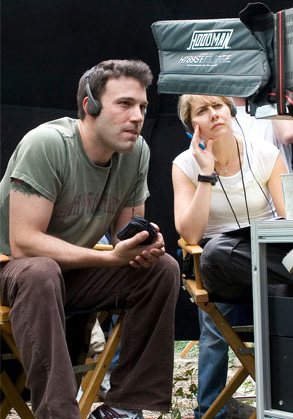 Few high-profile productions choose to shoot in Florida as the state’s filming incentive ran out of money several years ago. Authorities have repeatedly chosen not to increase the film fund.

“Not only is Live by Night a big-budget Hollywood film attached to a major Hollywood star, it’s a movie about Ybor City,” said Dale Gordon, Tampa-Hillsborough Film and Digital Media commissioner, in comments to the Tampa Tribune.

“It should have been filmed in Ybor City. Instead, we’re losing real jobs and real revenue to Georgia because of the state’s failure to invest in the film and digital media industry.

“Despite the best efforts of the Hillsborough County Commission and other local partners to secure this project, we simply cannot be competitive at this level without support from Tallahassee.”

Bryan Cranston’s Florida-set crime drama The Infiltrator filmed limited scenes in Tampa Bay, as did Tim Burton for his new film Miss Peregrine’s Home for Peculiar Children. Both shoots were made possible when they were offered small filming incentives from local authorities.

In contrast, Georgia’s generous filming incentive programme has turned it into one of the top production centres in the US, with shooting focussed on Atlanta.

Other parts of Georgia are also looking to capitalise on the state’s appeal. Live by Night could help boost Brunswick’s profile, while new filming facility Moon River Studios is being developed further north in Savannah.