Film London will hold a five-day familiarisation trip for Nordic TV producers from the end of November. Individuals from Sweden, Denmark, Norway, Iceland and Finland will be invited to tour London studio facilities and attend C21’s Content London conference. 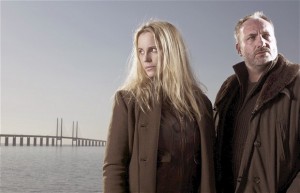 The trip is designed to bring so-called Nordic Noir productions of the calibre of The Bridge (right), Wallander and The Killing to London. Five producers will be invited to attend and individuals in the selected Nordic countries – who preferably have a specific production in development – are being invited to apply for a place.

“It’s only natural that we’d want to build on this success but also enable London producers to connect with the exciting talent working in this region.

“Having been responsible for some of the most gripping television drama in recent years, we want to encourage Nordic television producers to capitalise on what London has to offer, whether they want unique locations, incredible talent or world-renowned crews, facilities and infrastructure.”

Fortitude is set in a remote Arctic town and although it was filmed partly in Iceland, shooting largely took place in an adapted warehouse in London.

Nordic Noir is already asserting its influence in and around London. An English-language remake of The Bridge was shot as The Tunnel in the UK and focussed on a murder in the centre of the Channel Tunnel. More recently, broadcaster ITV announced that new drama Marcella, from The Bridge writer Hans Rosenfeldt, will be filmed in London.

To find out more from Film London click here.