Matt Damon and director Paul Greengrass are filming scenes for a new Jason Bourne action adventure in Tenerife in the Canary Islands. The movie is the third the pair has made together in the gritty spy franchise that follows the exploits of a former CIA assassin. 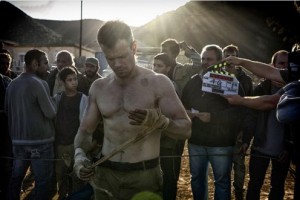 Tenerife is a popular international filming location and until recently was far more cost-effective than mainland Spain due to a special tax regime. The mainland is now on the verge of becoming more competitive as the Spanish government finalises the details of a new filming incentive.

High-profile productions shot in Tenerife in recent years have included the action sequel Fast & Furious 6 and the historical fantasy Wrath of the Titans.

The Bourne franchise has found great success with its gritty action sequences, and Greengrass’ distinct style of handheld camerawork suited The Bourne Supremacy and then The Bourne Ultimatum. Filming locations have tended to be Europe-centric, with The Bourne Ultimatum shot in central London, Berlin, Italy and Morocco.

Universal Pictures also produced The Bourne Legacy in 2012 with a different creative team, but the film failed to have the same impact as the Damon-Greengrass partnership.

Bourne’s specific style of action filmmaking is widely credited with influencing the rebooted Bond franchise from Daniel Craig’s first outing as the iconic British spy in the stripped-down Casino Royale.

Sur-Film is servicing the Tenerife leg of the shoot and the production itself will help boost the island’s profile as the Canary Islands’ filming incentive rise alongside the Spanish mainland.