Peter Chelsom’s new science-fiction film The Space Between Us is set to shoot on location in New Mexico. The movie stars Asa Butterfield as a boy born and raised in secret on a Mars colony, who returns to Earth at 16 years old to search for his true love. 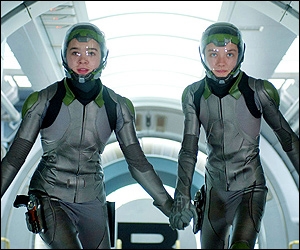 A central filming location will be Spaceport America in the south of the state. The facility is the world’s first commercial spaceport and is home to Virgin Galactic and SpaceX.

“We are excited about The Space Between Us being the first major film to use the spaceport and the Virgin Galactic Gateway to Space Building, and we look forward to having more of these kinds of film-location opportunities.”

Location filming will take place in Albuquerque, Santa Fe and in Truth or Consequences, a town in the south.

“We are grateful to the New Mexico Film Office for all of their help facilitating production in their beautiful state,” said Oren Aviv, President of STX Entertainment’s Motion Picture Group.

“The New Mexico landscape provides the perfect backdrop to illustrate the sweeping scope of this film. Along with the state-of-the-art facility Spaceport America, we are also thrilled to be filming at a diverse array of iconic New Mexico locations that truly lend an authenticity to both the technical elements of space travel and the rugged terrain that characterises this story.”

Given that part of the story is set on Mars, it’s likely that New Mexico locations will stand in for Martian landscapes.

New Mexico has become the most popular place in the US for desert filming locations, but internationally the state faces stiff competition. Ridley Scott’s survival drama The Martian is also set on Mars, but filmed on location in Jordan.