New period film comedy Bill filmed on location in Yorkshire. The movie takes a tongue-in-cheek approach to what might have happened to William Shakespeare during his so-called ‘Lost Years’ in the 1580s when there are no records of what he was doing.

Bill tells a light-hearted tale of spies, villains and a plot to assassinate Queen Elizabeth I. Location filming took place mainly in York, with production support from Creative England. 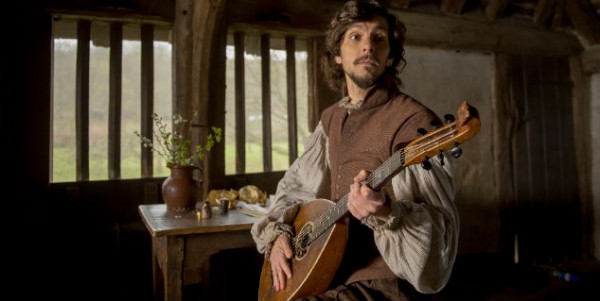 “Yorkshire is a great place to make a comedy set in Elizabethan England,” said director Richard Bracewell: “Screen Yorkshire has provided invaluable support through its Yorkshire Content Fund and the region has also yielded terrific locations and talented crew.”

“It’s a fabulous project – a cracking story from an award winning team and with a great cast – it is tremendous fun. It will also showcase some of Yorkshire’s fantastic period locations including York Minster which hosted its third Screen Yorkshire-supported project in a year.”

Screen Yorkshire has provided invaluable support through its Yorkshire Content Fund and the region has also yielded terrific locations and talented crew.

Yorkshire is a popular filming location in England, partly because the Yorkshire Content Fund is the largest regional fund of its sort in the country.

“The opening of Yorkshire Studios is a significant landmark for the UK film and TV industry,” said Joynson when the project was first announced: “The Yorkshire Content Fund has enabled us to secure some incredible projects that have made great use of our existing portfolio of studio space.

“The lack of a larger-scale production facility, however, has prevented a number of major long-term film and TV productions from basing themselves here.”