The next Star Wars film is set to return to shoot scenes on Skellig Michael off the west coast of Ireland. A production team for Star Wars: The Force Awakens shot there last year and it seems the location is planned to appear again in the next movie in the franchise. 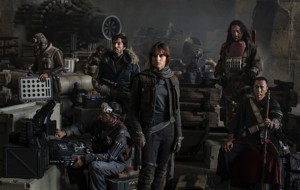 Star Wars: The Force Awakens will be released this December as the first in a new Star Wars trilogy.

New film Rogue One: A Star Wars Story is the first in a planned series of standalone films separate from the new trilogy. The movie recently started shooting at Pinewood Studios in London and will be followed by Star Wars: Episode VIII.

Last year’s shoot on Skellig Michael for The Force Awakens caused some controversy among locals concerned that filming would have a negative impact on the island’s wildlife, but the government says appropriate measures will be taken.

“In considering Lucasfilm’s request to carry out limited filming on Skellig Michael this month, I have balanced the positive benefit it will reap for the Irish film industry and the south Kerry region with the need to ensure that the island’s unique environment and wildlife is fully protected,” said Irish arts minister Heather Humphreys.

“The return of Star Wars to Skellig Michael is another win for Ireland and the Irish film industry, which is a growing and dynamic sector of our economy.”

Ireland is becoming more popular as an international filming location partly because of its generous incentive programme. Limerick is developing an adapted studio facility in a bid to create a production hub in western Ireland, while Pinewood Productions Ireland launched in May as a full service production company for Pinewood clients shooting in the country.