An old army base in Ballykelly, Northern Ireland, is being looked at as a potential film studio facility. Northern Ireland is best known as the home of Game of Thrones, but it’s also popular for British TV shows like crime drama The Fall, with Gillian Anderson and Jamie Dornan. 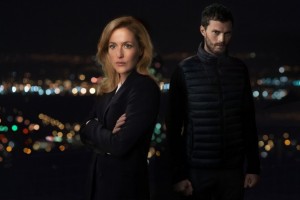 The former Shackleton base was given to the Northern Ireland Executive by the Ministry of Defence in 2011 and is currently leased for film and TV shoots by Jo Gilbert, a producer who was instrumental in setting up the former Paint Hall Studio in Belfast, reports the BBC.

“We are here for the long term,” Gilbert told the outlet: “This site is absolutely tailor made to develop a whole new centre of excellence for the media and creative industries. There’s lots of interests from the States. This is a place with so much potential. We will have five productions running concurrently on this site.”

There is a major demand for studio space across the UK, given Britain’s surging popularity as an international filming location. Adapting existing warehouses is a good way to create studio space quickly and old military bases are ideal as they usually offer large buildings with high ceilings.

Screen Yorkshire recently announced plans to turn a former RAF base into a new studio space. Yorkshire Studios will comprise three adapted aircraft hangars midway between Leeds and York, and producers will also have access to offices, garages and workshops.

“The opening of Yorkshire Studios is a significant landmark for the UK film and TV industry,” said Sally Joynson, chief executive of Screen Yorkshire, when the project was first announced: “The Yorkshire Content Fund has enabled us to secure some incredible projects that have made great use of our existing portfolio of studio space.”