New historical TV drama Medici will film on location in Rome and Florence with Dustin Hoffman and Richard Madden, a veteran of Game of Thrones. The series will chart how the Medici family became a banking and political dynasty in 15th century Italy. 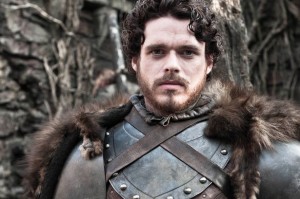 Location filming is scheduled for several historical sites in Rome and Florence, including the latter's Pelazzo Vecchio town hall building.

“While it is the story of a mythic period in Italy’s past, the Renaissance in Florence, it will be seen through the filter of a contemporary lens, with the exciting contributions of both Italian and international artistic talents, and filmed in the unsurpassed beauty of Tuscany,” said Tinny Andreatta, Director of Italian production company RAI Fiction.

“The Medici came to power at a time of great social and economic inequality,” added series creator Frank Spotnitz: “They were great disrupters. Their banking practices led to the creation of a middle class, making them unimaginably wealthy.

“The Medici in turn used their vast power and resources to challenge traditional thinking, ushering in a new era of revolutionary art and science such as the world had never seen. It’s a powerful story that resonates even now.”

Italy has been a popular setting in recent years, but TV and film productions have largely used other countries as doubles.

Television drama The Borgias ran for three seasons and charted the Italian rule of the real-life Borgias dynasty of the 15th and 16th centuries, but the show was based at Korda Studios in Hungary. Fantasy drama Da Vinci’s Demons found its production base in the Swansea region of South Wales.

Italy boosted its filming incentive programme last year. The move has opened up the country to a surge of international productions including new James Bond movie Spectre and a remake of the historical epic Ben-Hur.