New US drama series to film in Cuba

American drama series Cuba will film on location on the eponymous island nation. Cuba recently hosted the feature film Papa, shot as a Canadian-Cuban production, and earlier this year Conan O’Brien became the first talk show host in decades to film in the country. 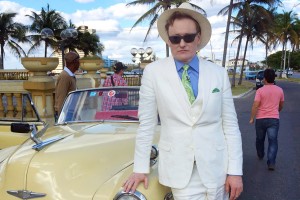 The relationship between America and Cuba is now thawing and last month the US formally reopened its embassy in the country for the first time since 1961.

Cuba will film in Havana and elsewhere on the island, according to a Deadline report, and will tell the story of a wealthy family who return to the country to start a new tourism business from an old hotel.

“I’m thrilled to explore a rich culture and a story of a father going home to his roots to teach his family about their heritage,” said producer Scott Steindorff, in comments to the outlet.

“I have had the opportunity to film in places like Brazil, Colombia and Las Vegas when no one from Hollywood was filming there and love the process of helping start new film communities.”

Papa was the first feature film with a US director and cast to shoot in Cuba for half a century and needed four years of pre-production to make the project a reality. The film tells the true story of the friendship between Ernest Hemingway and journalist Ed Myers in the late 1950s.

“The collaboration of Canadian producers, American talent and Cuban crew has forged a new bond in US and Cuban relations,” said Michael Pacino of Cuba Film Productions, in the build-up to the release of Papa.

“The American presence in the film was, in a sense, an extended hand of friendship between the US and Cuba, with the Canadians acting as the hosts and mediators.”