Despite tough budgets, public funding for screen increased to GBP24.1 million in 2014, a rise of almost GBP8 million compared with 2007.

The PGF constitutes a total of GBP1.75 million and will provide an extra incentive for production companies to film their projects within Scotland, combined with the possible tax rebate of up to 25% available from the UK Film Tax Relief. 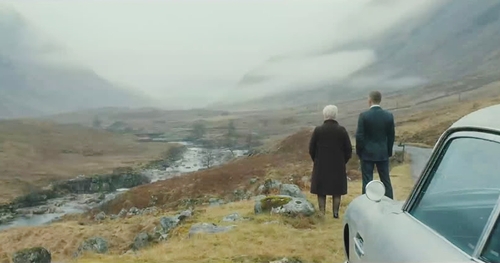 Natalie Usher, Director of Screen at Creative Scotland details: “we are thrilled to announce that the Production Growth Fund goes live today.  Its introduction marks the next in a series of steps taken by Creative Scotland over the last 12 months in collaboration with Scottish Government and agency partners, directed towards achieving our collective ambition to generate the conditions necessary to position the screen sector at the heart of Scotland’s economic and cultural life.”

Culture Secretary Fiona Hyslop added: “we are working very hard to make this happen – as underlined by the significant increase in public funding allocated to support the screen industry over the last seven years. Despite tough budgets, public funding for screen increased to GBP24.1 million in 2014, a rise of almost GBP8 million compared with 2007. Building on this, we have further strengthened our support for the sector in 2015 with the introduction of a new GBP1 million Screen Skills Fund, a GBP2 million Tax Credit Advance Facility and the GBP1.75 million Production Growth Fund.”

Scotland has already proved itself as a sought after location, catering to high-profile productions such as Skyfall which was shot on location in Glencoe, and more recently Justin Kurzel’s film adaptation of Macbeth.