Written by Tom Deehan on Oct 16, 2015. Posted in General Interest

Goosebumps director has nothing but praise for filming in Georgia

After having filmed in Georgia for his latest horror blockbuster Goosebumps, director Rob Letterman has detailed his love for the state as a prime filming location.

The film stars Jack Black as the Goosebumps author himself, R.L. Stine, as he is called into action when the creatures of his books are released into our world, wreaking havoc in their path.

Letterman explained: “it’s crazy how Atlanta is like, Hollywood... we’d go out at night and because there’s so many things filming, you’d run into people that you know. You come out to Atlanta, and half the people you know are working here.”

He continues: “we were looking at Louisiana. We were looking at Vancouver for a millisecond... when I came out with the production designer and started going around Atlanta, I just started falling in love with the locations.” 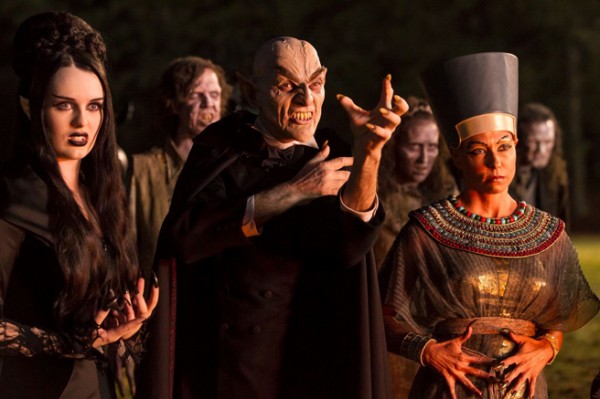 The state offers up to 30% in transferable tax credits, with no caps on spending. Recent headlines have unveiled an addition to this incentive however, with Savannah, the state’s oldest city, now offering an additional 10% rebate.

Trip Tollison, CEO and president of Savannah Economic Development Authority, detailed: “by adding our own incentives, we are positioning Savannah to be the number two location for entertainment production in the state, behind Atlanta, which currently has more.” Clint Eastwood’s new film Sully, following on the heels of the widely debated American Sniper, is currently filming in Atlanta.