Written by Tom Deehan on Oct 14, 2015. Posted in Production News

The upcoming film adaptation of J.K. Rowling’s Fantastic Beasts and Where to Find Them, which operates as both a prequel and a spinoff to the Harry Potter series, has begun filming in Liverpool, a city in the northwest of England, doubling as New York City.

The architecture in this beautiful city works perfectly for our film, set in 1920s New York, and I know we will receive a very warm welcome.

The decision to film Liverpool in this way is certainly nothing new, with recent Hollywood blockbusters such as Captain America: The First Avenger, and Fast 6 using the city as a double for New York and London respectively. The high-end television drama about British gangsters of the 1920s, Peaky Blinders, also filmed in Liverpool, doubling the city for Birmingham. 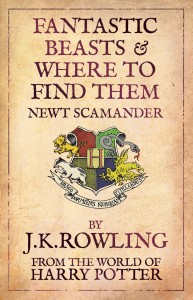 As explained by the film’s producer, David Heyman: “the architecture in this beautiful city works perfectly for our film, set in 1920s New York, and I know we will receive a very warm welcome.”

The recent interest in the Northern city is likely a combination of both the 25% tax rebate offered through the UK Film Tax Relief, and the multitude of locations that it has to offer.

Fantastic Beasts will follow the exploits of Newt Scamander, as he attempts to locate magical creatures in New York. The original piece of literature made its first appearance as a text book within the Harry Potter universe, prescribed to students at Hogwarts as part of their curriculum.