Here at TLG headquarters, Location Manager Christian McWilliams is no stranger. Having been interviewed for the site before, Christian has been a key source of industry information and so we considered ourselves extremely lucky as he returned to discuss his latest project, 13 Hours. 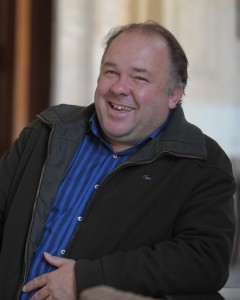 Directed by Michael Bay, 13 Hours seeks to tell the story of the 2012 terror attacks in Benghazi.

How would you describe the experience of working on a film that is concerned with such a topical issue?

Topical films are always a challenge as often the public misunderstand what the story is actually about. Obtaining permits and permissions is always a trick if you cannot be open and honest about a story or script. The script stays secret and on this movie we were all sworn to secrecy. However the Maltese are relaxed and the government very pro-film and so a delicate balance was necessary as the film is based on real events. Libya is very close and Malta has always had a closer relationship than any other European country. 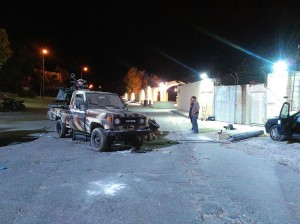 How effective is Malta as a filming location, particularly as a double for territories in the Middle East?

Malta is used to doubling Middle Eastern countries and had done so recently on Devil’s Double, Munich and World War Z. There is a huge variety of locations, although no desert or arid landscapes. For 13 hours 70% of the movie is at night and involved set builds that get blown up, it was the perfect place and the perfect location.

How does Malta compare to other similar locations, particularly with incentives?

Incentives play a big part in many films in the early planning stages, especially when a film can really go anywhere. Malta has for many years had an incentive scheme in place that is world leading. Also as the country is so small, the film industry has economic clout and you do not wait very long for the key answers. The head of the service company Latina Pictures, Winston Azzopardi was previously the film commissioner and so is perfectly placed to advise. Morocco could very easily have played host to this movie, and indeed we did shoot there for a few days. The Canary Islands and Jordan were also considered, as well as Egypt and Dubai. Malta does not feel like an Arabian country, but Tripoli and Benghazi have Italian architecture, as I have said, at night when shooting a movie you can be anywhere and the public will never know. 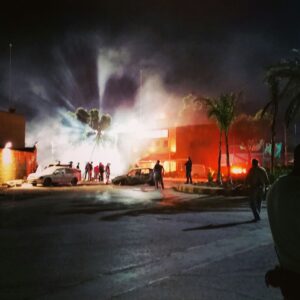 Bay is a unique and brilliant director, trusting those around him to set everything up. But only he knows really what he wants. His production designer, a wonderful man called Jeffrey Beecroft, is his eyes and ears, and he very much dictated operations prior to his arrival.

There are always heated moments on a movie, and always hilarious misunderstandings. But his energy is frenetic and at times seemingly crazy. Screaming and shouting is part and parcel of his set as he communicates often last minute what is really required. I have worked with a few A-list directors and his films make more money than all of the others. It was fascinating to watch, ‘Bayhem’ is the name his crew have for his extraordinary world. Working with the director who basically is the star of the show is always interesting.