Written by The Location Guide on Oct 7, 2015. Posted in On Location

Mel Gibson has started filming Second World War drama Hacksaw Ridge in New South Wales in Australia, with star Andrew Garfield. Gibson’s latest film as director is based on the true story of Desmond Doss, the only conscientious objector to be awarded the US Medal of Honor. 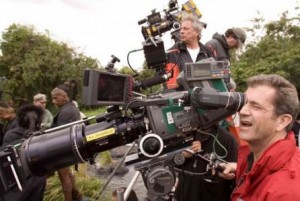 Doss served with distinction in the Pacific during the Second World War, but remarkably refused to carry a weapon as a conscientious objector. He was wounded several times and saved dozens of lives at the Battle of Okinawa in mid-1945.

“I worked with Mel 20 years ago on Braveheart, and this is the first film I thought not only worthy of him but perfect for him,” said producer Bill Mechanic.

“Desmond Doss is as unique a hero as William Wallace, and there is no better director to bring the story to life than Mel. It’s taken seemingly forever to mount the film properly, but we now have an amazing cast, a script that resonates and the ideal director, so [I] couldn’t be more excited now that we’re underway.”

The production is expected to spend around AUD 26 million in Sydney and regional New South Wales, and will generate more than 700 jobs.

“We have an iconic capital city, breathtaking regions and a strong and talented screen industry that all help make our state the premier film destination in Australia,” said Deputy Premier and Minister for the Arts Troy Grant, when the film was first confirmed for New South Wales in July.

Hacksaw Ridge is Mel Gibson’s first film as director since the historical drama Apocalypto in 2006.