Filming has wrapped in Malta for a movie version of the popular videogame franchise Assassin’s Creed. The production reunites stars Michael Fassbender and Marion Cotillard with director Justin Kurzel, whose adaptation of Macbeth filmed in Scotland. 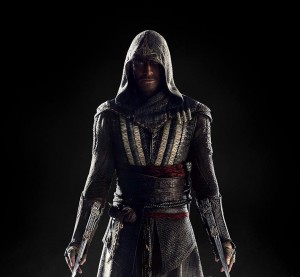 “A lot of our movie takes place in the 15th century and there are very few places in the world that still work for the 15th century,” producer Patrick Crowley told the Malta Film Commission.

“Malta had some of the best locations – a combination of locations to which you might have to add visual effects to make it work, but there were vast areas that worked just as they were.

“The rebate plays an enormous part in wanting to come here because it makes the film affordable.”

Added fellow producer Frank Marshall: “A lot of movies have shot here. You have great accommodation, a great basic crew that is already here and is used to having movies here. Really, the support we have here has been fantastic, so we’ve been able to shoot a very difficult movie and we’re still on schedule.”

Malta has had a busy year attracting high-profile feature productions. Michael Bay filmed war drama 13 Hours: The Secret Soldiers of Benghazi across the country, using numerous locations as doubles for Libya to tell the true story of a notorious 2012 terror attack.

The combination of a base 25% filming incentive, experienced crews and a Mediterranean climate makes Malta a hugely popular location for stories with desert settings.